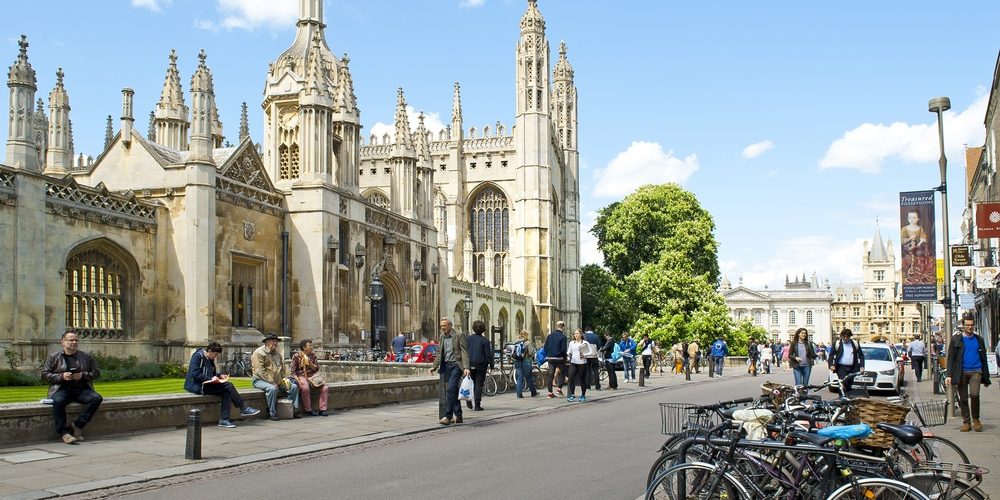 Cambridge is the administrative center of Cambridgeshire, England and is situated about fifty miles north of the city of London. Cambridge covers an area of forty-four square miles and has a population of over one hundred and twenty thousand people. The city is best known as a university town and is the home of Cambridge University. The area in which Cambridge was built originally began as a settlement during the Roman invasion of Britain during the first century. Its unique geographical position and topography of the area made it a valuable military fortification to defend the River Cam.

During the four centuries of Roman rule, the area was an important trade center. To this day, remnants of Roman roads and fortifications can be seen in this area. After the Roman departure, the area was claim by the Saxons. It was during this time that Cambridge benefited from trade caravans that traveled through the area. During the ninth century, Cambridge once again traded hands and fell under the rule of the Vikings. The Vikings increased trade within the area, and as a result Cambridge went through a rapid period of expansion. The eleventh century saw the city claimed by William the Conqueror and he built a formidable castle on Castle Hill. During the thirteenth century, the University of Cambridge was founded.

Today, the educational needs of the city is met by the two universities, the University of Cambridge and Anglia Ruskin University. It is also serviced by several primary, secondary and independant schools.

Colleges in Cambridge include

The museum contains five distinct departments which include

Items in the collections include works from

There is also an extensive collection of paintings which cover the English, Flemish, Dutch, French, German and Italian schools of art.

Artist represented in this collection include

Another prominent gallery in the city is Kettle’s Yard. Kettle’s Yard originally was the home of Jim and Helen Ede. In 1956, they converted four cottages into one impromptu home to display their extensive collection of twentieth century art. Ten years later, the couple gave the house and the collection to Cambridge University.

Artists represented by the collection include

Another prominent attraction located in the city of Cambridge is the Cambridge University Botanic Garden. The Cambridge University Botanic Garden is a botanical garden that is situated between Trumpington Road and Hills Road and is in close proximity to Cambridge Railway Station. It covers an area of forty acres and holds ten national collections. This garden was founded in 1831 by Professor John Stevens Henslow, teacher of the famous naturalist Charles Darwin. Some of the features of the gardens include a genetics garden, fern display, cactus house, evolution house, carnivorous plant house, eighty families of flowering plants, limestone rock gardens and sandstone rock garden.

The ten national collections include

Whipple Museum of the History of Science is home to a large collection of scientific models, instruments, prints, photos, books and apparatus dedicated to the history and nature of scientific achievement. It was built in 1944 by Robert Whipple. The bulk of the collection of this museum dates from the seventeenth through the nineteenth centuries.

Special collections of the museum include

Other prominent attractions in the city of Cambridge include

Cambridge is also home to a fine collection of restaurants, pubs and hotels.

Popular restaurants in the city include

Popular hotels in the city of Cambridge include

There are also a variety of hostels, one of which that overlooks Parker’s Place in the center of the city. There is also the possibility of being able to stay at one of the city’s colleges at various times during the year.